Cooing at babies is vital for speech development

Very interesting article here about development of baby's speech.  There is a great video of a Dad and baby but there is a 24 second advert to watch before it loads the video.

"They found that babies aged seven months can differentiate voices from other sounds - even when they cannot see the person speaking.

By the age of 11 months, before they can speak themselves, the children have already learned to differentiate their mother tongue from other languages, the scientists discovered.
The American research team monitoring the brain waves of babies while playing them a series of recorded words in different languages.

The paper, published in the Proceedings of the National Academy of Sciences, said: ‘Based on the present study’s results, we speculate that motherese speech, with its exaggerated acoustic and articulatory features, particularly in one-on-one settings, enhances the activation of motor brain areas and the generation of internal motor models of speech.’
The babies’ neural activity suggest the part of the brain used to speak is already working before a child learns to talk.
Professor Patricia Kuhl, who led the project, said: ‘Most babies babble by seven months, but don’t utter their first words until after their first birthdays.

‘Finding activation in motor areas of the brain when infants are simply listening is significant, because it means the baby brain is engaged in trying to talk back right from the start and suggests that seven-month-olds’ brains are already trying to figure out how to make the right movements that will produce words.’
Professor Kuhl said that the exaggerated ‘goos’ and ‘gaas’ that parents speak to their babies are very important.
‘When infants hear it, their brains may find it easier to model the motor movements necessary to speak,’ she said.
‘Hearing us talk exercises the action areas of infants’ brains, going beyond what we thought happens when we talk to them.

‘Infants’ brains are preparing them to act on the world by practising how to speak before they actually say a word.’

Cooing at baby and how it develops their speech

Posted by Marie the Midwife at 12:57 PM No comments:

Some lovely belly painting, shame to get in the bath and have it all come off :-)  I love the twins.

"On how she came across the idea to paint on pregnant women she said: 'I was trawling through the internet for inspiration and I came across this new craze in America called belly painting. My friend who happened to be pregnant at the time became my muse, and that is where it all started." 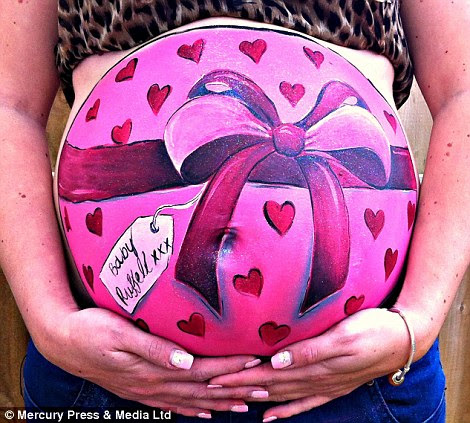 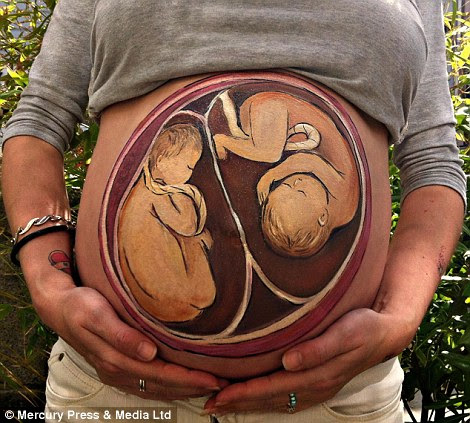 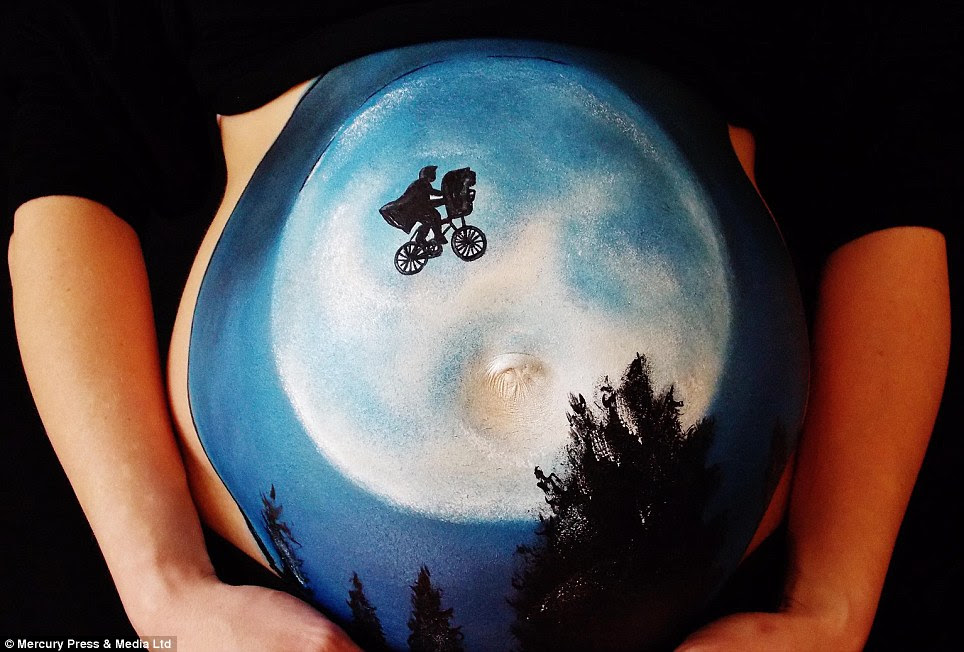 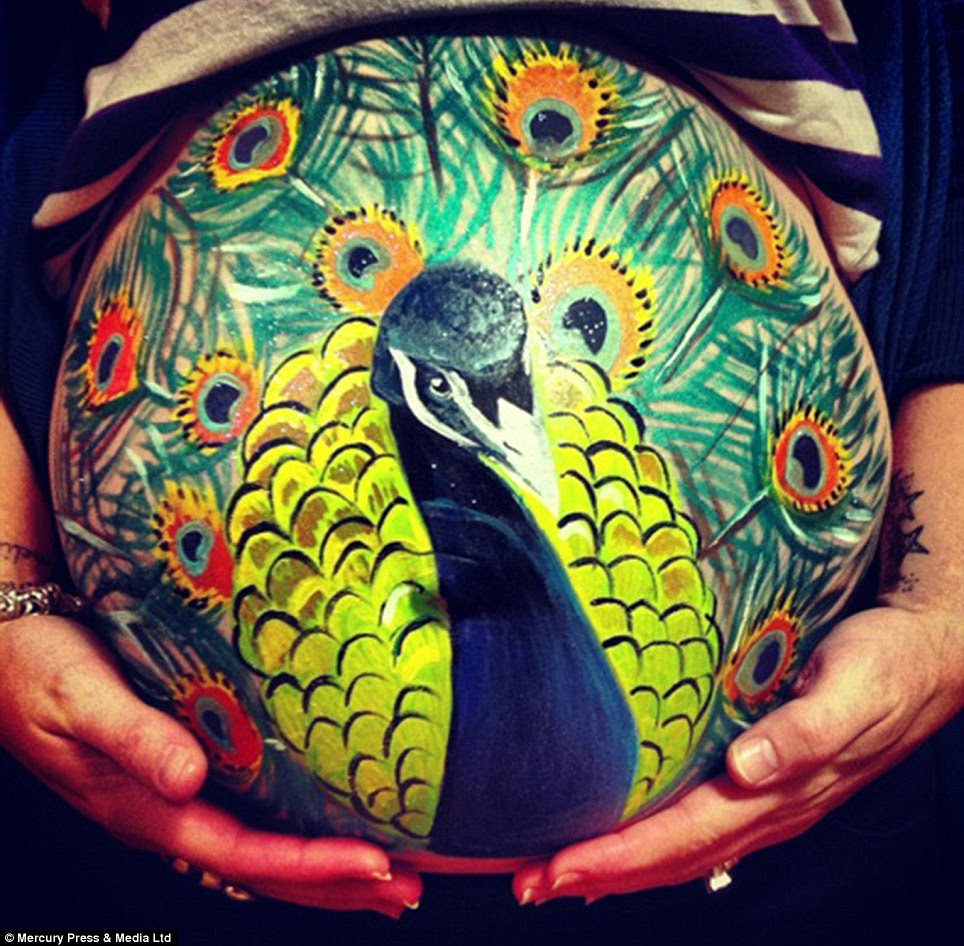 Belly Painting
Posted by Marie the Midwife at 3:11 PM No comments:

The importance of Iodine in your diet.

"You’re loading up on folic acid, vitamin C, and calcium, but a vitamin crucial to your baby’s brain development may be completely off your radar.

We’re talking about iodine, an element that helps make thyroid hormones required for brain development. A new report published in the journal Pediatrics has found that many American women of reproductive age are slightly iodine deficient. One way to up your intake? Salt. But before you start celebrating with pretzels and popcorn, keep in mind that the salt in processed foods is not iodized.
An easier fix comes in the form of asupplement, ideally containing at least 150 micrograms of iodine. Both pregnant and lactating women should be taking at least 290 micrograms of iodine each day. And actually, you may get close to that amount if you use iodized table salt.
High risk pregnancy expert Loralei Thornburg, MD, says that drastic changes in your eating habits aren’t really necessary: “Although many women are largely iodine deficient, most women do get iodine in the (form) of food,” she told Reuters Health. “This isn’t something women should freak out about just yet.” Some common sources of iodine you’re probably already eating include dairy products, eggs, and fish.
Taking an iodine supplement is a little change with big benefits, yet only 15 percent of women do so. In addition to boosting baby’s brain, iodine protects him from the effects of environmental pollutants like cigarette smoke." 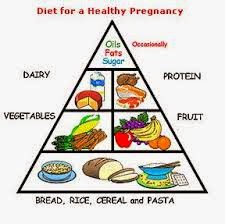 http://blog.thebump.com/2014/05/28/the-vitamin-you-didnt-know-you-need-during-pregnancy/
Posted by Marie the Midwife at 1:32 PM No comments: